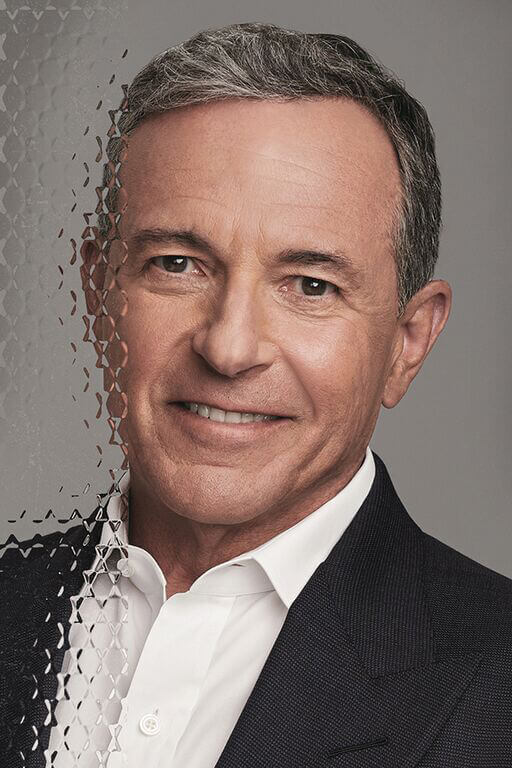 Ex Former CEO and Executive Chairman of The Walt Disney Company; New York Times bestselling author During his 15 years at the helm of The Walt Disney Company, Bob Iger built Disney into one of the world’s largest and most admired media entertainment companies. As CEO, Iger expanded on Disney’s rich history of unforgettable storytelling with acquisitions of Pixar, Marvel, Lucasfilm and 21 Century Fox. Always eager to embrace new technology, Iger has made Disney an industry leader through its offerings of creative content on multiple platforms. During Iger’s tenure, The Walt Disney Company has been recognized as one of Forbes’ “Most Reputable Companies” and “Best Employers”; one of the «World’s Most Admired Companies» by Fortune, and one of the «World’s Most Respected Companies» by Barron’s. Iger’s career and legacy have been widely recognized. Forbes named him one of the «Most Powerful People in the World» and one of the «Best CEOs»; and one of Fortune’s «25 Most Powerful People in Business,» among several other accolades. In his 2019 New York Times bestselling book, “The Ride of a Lifetime,” Iger shares the lessons he learned as CEO of The Walt Disney Company.